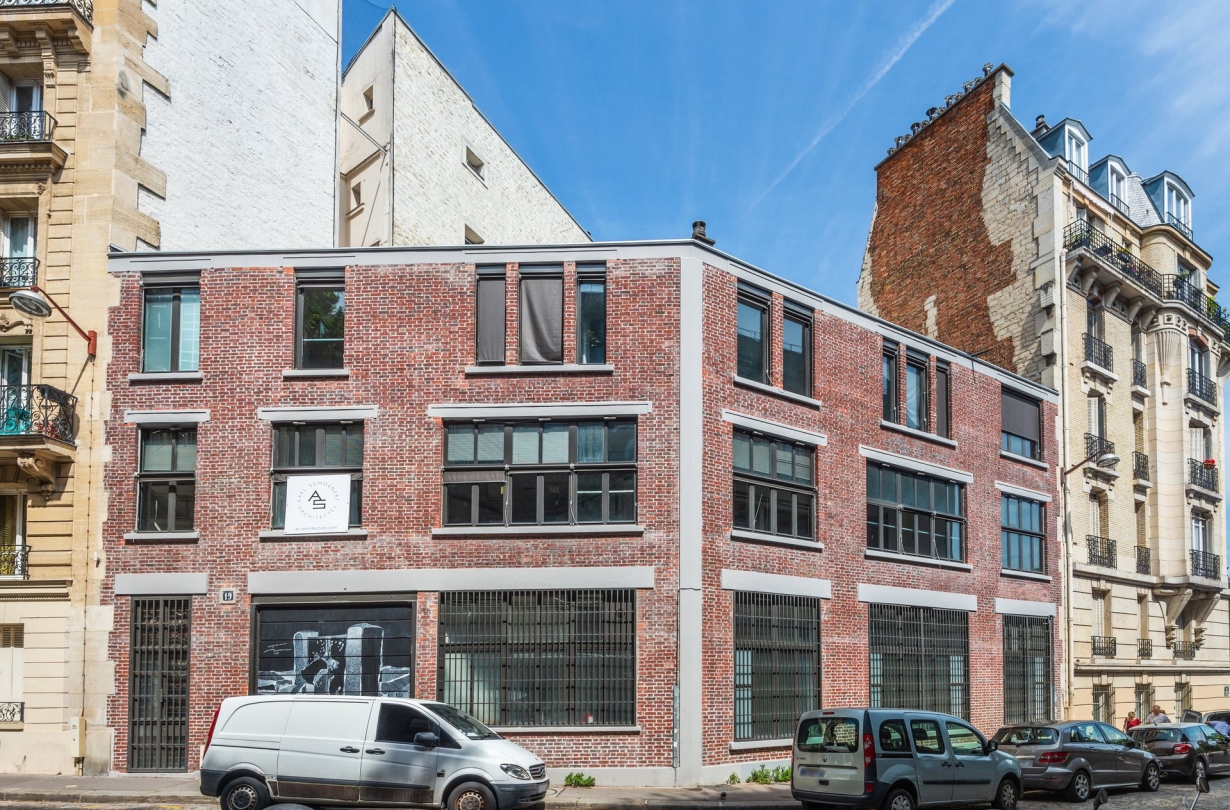 We have acquired a fully-let office building in the Parisian district of Montmartre by way of an asset deal. It is the company’s second transaction outside of Germany. The property was constructed in the 1950s and is located on Rue Hégésippe Moreau in the 18th arrondissement. It offers a gross lettable area of approximately 700 square metres. We have added the property to its portfolio and plans to to obtain a high-grade sustainability certification. The property was sold by Magnum Photos, an international photography agency founded by U.S. photography legend Robert Capa in 1947. The parties have agreed not to disclose the purchase price.

We are focusing on cities rather than national markets. That makes our most recent investment in Paris a logical step. Our decision to invest in Paris was motivated by the sheer amount of potential on the Parisian market when it comes to economic growth, population and culture as well as the general aesthetic of the city. There are good reasons why Paris is considered one of the hottest real estate markets in Europe at the moment. The coronavirus pandemic will do nothing to change the French capital’s appeal either.

In view of the planned construction work to expand the building, We concluded a sale-and-lease-back agreement enabling the seller to remain in the building as a tenant for a further twelve months. Once they move out, the property is set to be turned into a modern office building with a sustainability certification. The project involves adding space to the existing building, which currently comprises a ground floor and two upper storeys. The aim of the project is to find high-quality long-term tenants from the IT or media industries.

The purchase in the French capital is in line with our new corporate strategy focusing on Germany’s top seven cities as well as high-growth locations elsewhere in the European Union. “We want to leverage opportunities for value-adding office investments outside of Germany, too. Our international strategy includes comprehensive analysis of key European markets to filter out the most attractive real estate locations with strong value potential. Paris is near the top of this list. We acquired its first property outside of Germany, a 4,000-square-metre office building in the trendy Atocha district of Madrid, in February.

According to a study compiled by analysts in November 2019, CBRE considers Paris to be the most attractive real estate market in the world, ahead of London, New York, Shanghai and Singapore. The French capital offers over 54 million square metres of office area, more than Tokyo or New York. The Grand Paris project in the run-up to the 2024 Olympic Games is proving particularly popular among international investors. As part of the project, 200 kilometres of new lines are being added to the Paris Métro rapid transit system – more than doubling the current network. A total of 68 new stations are under construction, and dozens of new neighbourhoods are also being planned with a minimum of 600,000 square metres of residential and office space.