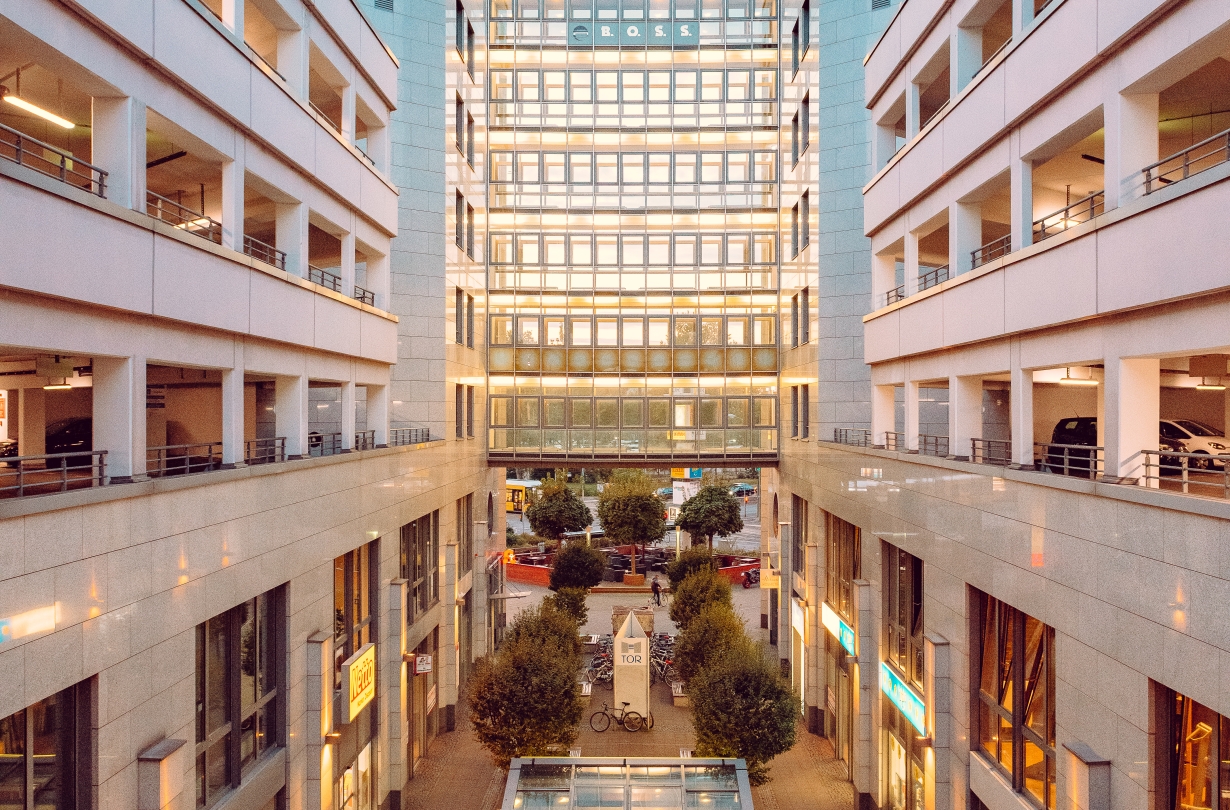 We have acquired an office and business centre in Berlin’s Lichtenberg borough from a family office by way of an asset deal for our fund Commodus Deutschland Fund II SCSp, RAIF. With a lettable area of roughly 19,000 square metres, the complex which is called ‘Hohenschönhauser Tor’ is home to a wide range of office and retail tenants, a gym, doctors’ surgeries and an assisted living facility. On average, the lease agreements have a remaining term (WALT) of seven years, guaranteeing a secure cash flow in the long run. The transaction was brokered by Lührmann. We were advised by Jenckel Law, Hellriegel Rechtsanwälte, Mocuntia Real Estate Advisors, PKF, and McDermott Will & Emery.

We see tremendous potential for value growth in the property, which is already benefiting today from a diverse mix of tenants and an ideal connection to Berlin’s public transport system. The planned optimisation and modernisation of the existing office space and the revitalisation of the retail space open the door to attractive growth prospects for us.

The existing, flexible rental spaces enable a wide range of office concepts, from modern open-plan offices to traditional single-person offices, making them appealing for a variety of different user groups. In addition to remodelling and modernising the property’s exterior spaces and common areas, we plan to invest in structural improvements.

Built in 1997, the property is located on the corner of Weißenseer Weg (35, 36, 37) and Konrad-Wolf-Straße (60, 61) in Berlin’s Alt-Hohenschönhausen district. The Weißenseer Weg tram stop, located directly in front of the building, ensures an excellent connection to Berlin’s public transport network. Current tenants include retailers, offices, doctors’ surgeries and a fitness centre, with a small portion of the space occupied by an assisted living facility. The main retail tenants are Spielemax, Netto and TEDi. Other tenants include Andres Industries, McFit, Johannisches Sozialwerk e. V. and Stephanus-Stiftung.